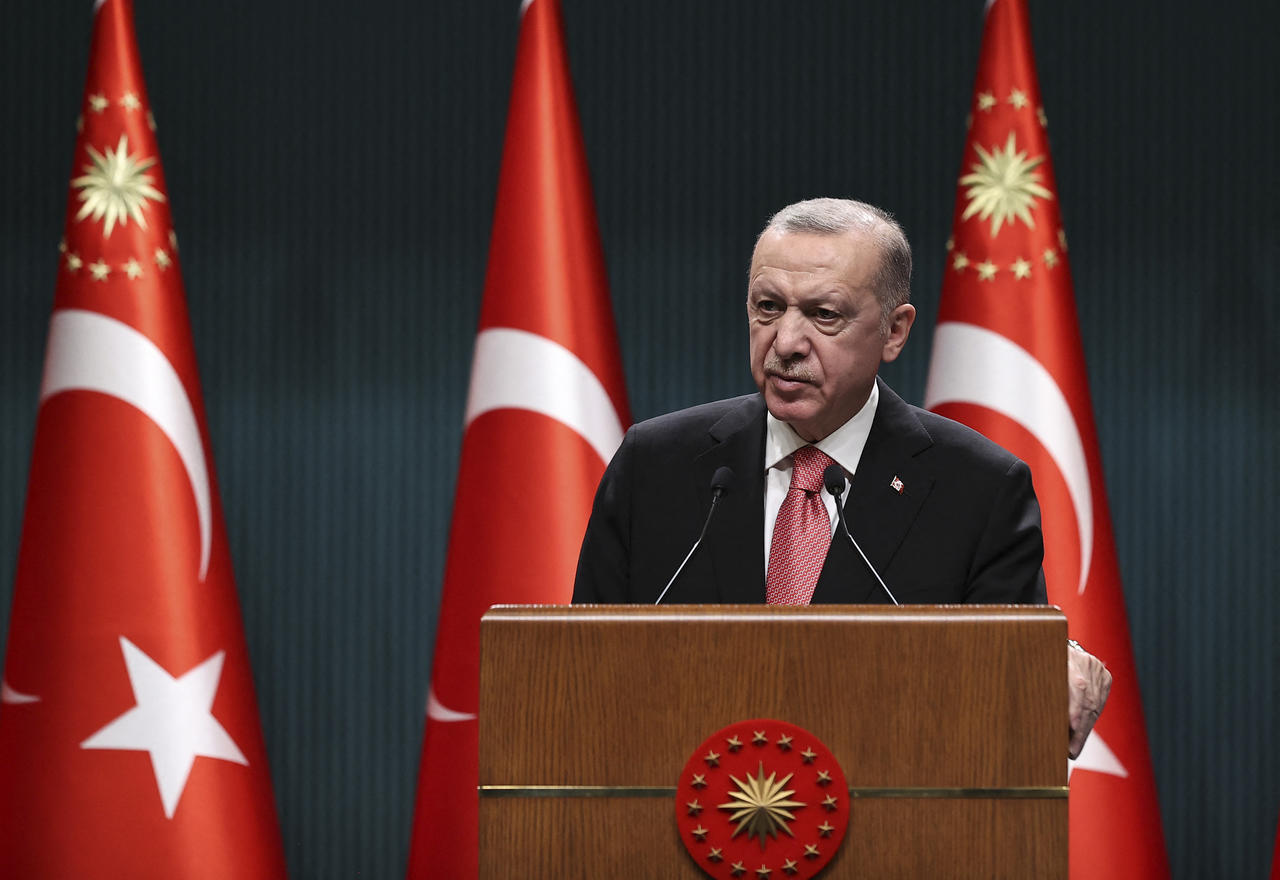 Turkish President Recep Tayyip Erdogan on Tuesday asked the European Union (EU) to relaunch « accession negotiations » with Ankara, on the eve of a European summit in Brussels devoted to the invasion of Ukraine by the Russia.

« We expect the EU to quickly open the chapters of the accession negotiations and to start the negotiations on the customs union without giving in to cynical calculations », declared Mr. Erdogan at the end of a meeting in Ankara with Dutch Prime Minister Mark Rutte.

Turkish president and negociations with EU

The statements of the Turkish president come as the war in Ukraine allows Ankara to return to the international scene because of the mediation efforts it is deploying.

Negotiations on a possible accession of Turkey to the EU, started in 2005, have bogged down in recent years due to sometimes intense tensions with Brussels on multiple fronts.

The European Commission had thus estimated at the end of 2020 that Ankara’s chances of membership were « at a standstill » because of decisions contrary to the interests of the EU taken by its leaders.

« Turkey has continued to move away from the European Union, with a serious setback in the areas of the rule of law and fundamental rights », lamented the Commission in a harsh report.

Relations between Brussels and Ankara were very tense after the failed putsch attempt in July 2016 and the repression affecting opponents and journalists that followed.

EU heads of state and government are meeting in Brussels on Wednesday for a two-day summit devoted to dealing with the consequences of Russia’s invasion of Ukraine.

An extraordinary NATO summit is also to be held in Brussels on Thursday.

The Turkish president received in the space of nine days four leaders of EU and NATO countries.

An ally of kyiv and a member of NATO, Turkey has been trying since the beginning of the crisis in Ukraine to facilitate mediation between Moscow and kyiv but has refused to align itself with Western sanctions targeting Russia.