Turkish aviation: will the war in Ukraine be an opportunity to acquire the F-16 hoped for by Turkey? 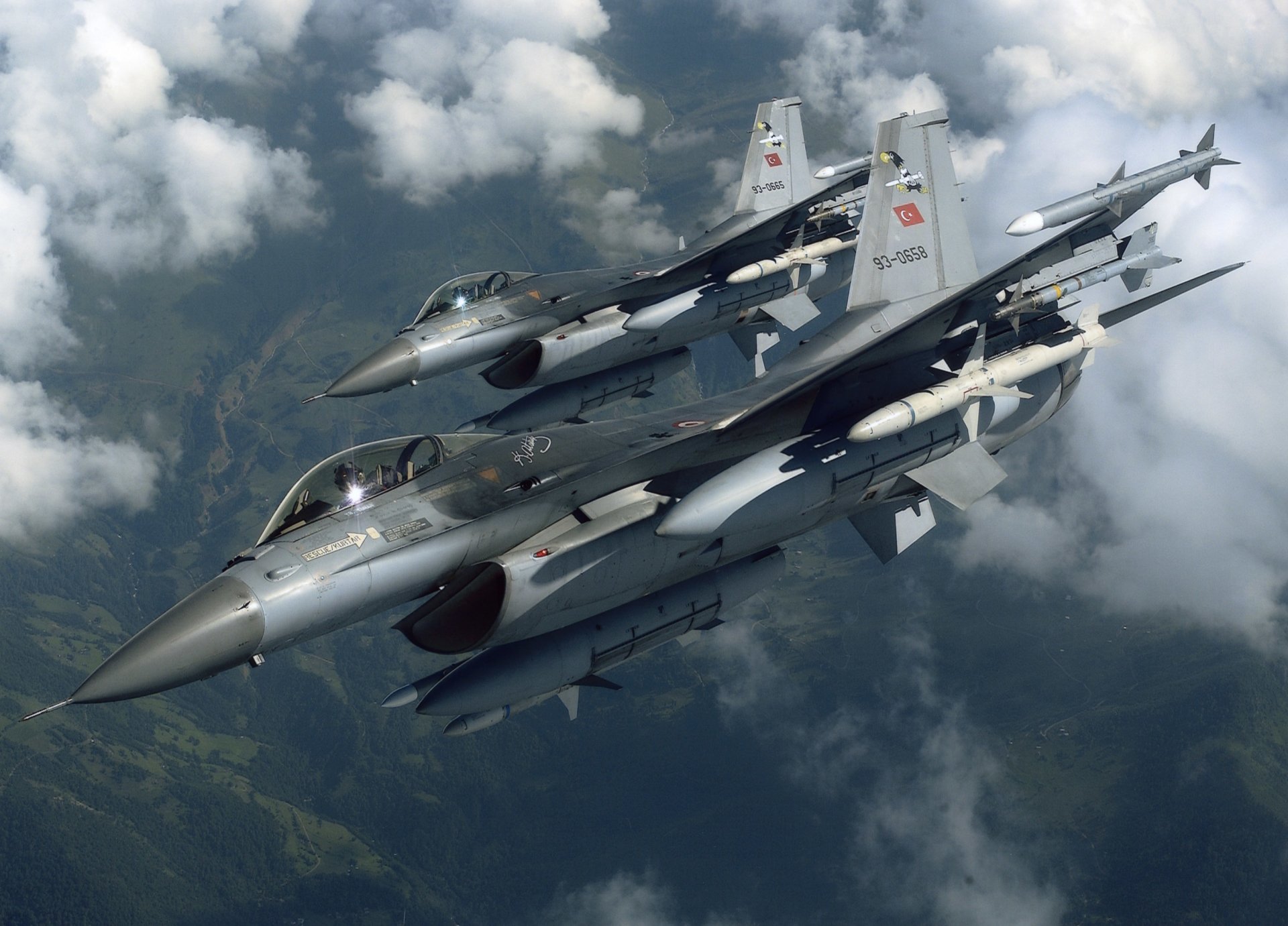 Recently, Congress is considering the sale of a few F-16 to Turkey, a favor conditional on its good cooperation around the Ukrainian conflict.

The S-400, a breaking factor between the United States and Turkey

Washington’s numerous ultimatums have changed nothing: Turkey received its first S-400s in 2019 after placing an order with Russia in 2017. This resulted in the execution of American threats by Donald Trump: Turkey is now excluded from the F-35 program and can give up modernizing its F-16 air fleet. The CAATSA Act of 2017, which seeks to counter adversaries of the United States through sanctions, also pushed for the penalty against the SSB, Turkey’s military procurement agency in 2020.

The latter was denied any arms export license and its leaders were banned from the territory. The good understanding between Presidents Trump and Erdogan will not have made it possible to warm up Turkish-American relations, too tainted by the recognition of the Armenian genocide by the United States in 2019, the partial lifting of the embargo imposed on Cyprus the same year, the Turkish threat in the eastern Mediterranean and Turkey’s more than criticized role in the conflicts in Nagorno-Karabakh, Syria and Libya.

Why did Turkey succumb to the call of the S-400?

In 2013, Turkey announced its desire for technological independence in terms of air defense by 2023, and must therefore acquire equipment while increasing its technical competence. It is in this context that the country is seriously considering the acquisition of an air defense system of Chinese origin as part of a global program whose budget is close to 3.4 billion dollars, to the detriment of the Patriot PAC -3, the Franco-European SAMP/T Aster 30, and the Russian S-400. The Chinese offer made it possible in particular to acquire a higher number of systems while authorizing more substantial technology transfers. But the Turkish demands in the field are such that the negotiations with China are prolonged, leading the United States to withdraw their Patriot batteries based in Turkey on the Syrian border.

In 2016, a coup d’etat sponsored by part of the Turkish army reinforced the desire to acquire a « non-NATO » defense system: Turkish air protection would have been unable to fire against the Rebel Turkish F-16 sent to Ankara… Russia having provided the information that enabled the coup to be defeated, Turkey is therefore moving towards the S-400 system. The acquisition and deployment of the Russian S-400 should allow Ankara to ensure the full protection of its airspace against enemies, but also in the event of new internal attacks: the S-400 not being integrated into the network of Turkish air defence, it could prove effective against Turkish F-16 in the event of a potential new attack.

Why did the United States oppose Turkey’s acquisition of the S-400?

The Russian S-400 anti-aircraft system is simply incompatible with the logic of interoperability of NATO armaments and particularly with the so-called « Link 16 » and the IFFs. The first is a tactical links standard used by NATO member states that interconnects aircraft, ships and troops, allowing them to share their tactical information in near real time. NATO aircraft also use IFFs, identification friend or foe systems in the sky. Due to its status as a member of NATO, Turkey will therefore have to integrate these two systems into its S-400, in order to allow it to fly at lethal range. Only, the intelligence collected by the S-400 would give the Russians the possibility of spying on the new generation American planes and consequently coming to compromise the technology, including that of the F-35, itself designed to escape the most sophisticated radars. . Turkey is already considered NATO’s enfant terrible and its participation is increasingly questioned. It proves once again by this acquisition that it is not a sure ally for the West.

The Turkish air fleet is officially composed of 245 F-16C/D Fighting Falcons and 19 F-4E Terminators 2020. However, these planes are at the end of their life: the F-16 have been in service since 1986 and the F-4Es since 1974. The exclusion of Turkey from the F-35 program does not allow it to modernize this fleet as it had initially planned and it therefore launched in response via a program to extend the life of its fighter planes, but which is far to be sufficient to make up for its lack of modernity. Especially since all of Turkey’s competitors in the region are modernizing and equipping themselves in particular with Rafale, such as Egypt, Greece or the UAE…

Turkey has however launched since 2010 a latest generation fighter aircraft project, the TAI TF-X, but it is struggling to emerge, suffering from the blows of American sanctions. While its entry into service was initially scheduled for 2023, its first flight is expected in 2026 for entry into service at the end of the decade, a schedule considered more than optimistic. Turkey must therefore find a fallback solution to compensate for the ban on the purchase of the F-35, the delays of its TF-X, and even the ban on buying modernization kits for its F-16 from USA… But in compensation for the industrial shortage linked to the country’s exit from the F-35 program, the country is asking for 40 latest-generation F-16 and 80 modernization kits. Request reiterated by Erdogan last November during his meeting with US President Joe Biden.

Turkish cooperation around Ukraine eases tensions with the United States

Although the United States has always refused to meet Turkish demands, the cooperation of the two countries around the war in Ukraine could well be a game-changer. The 17th of March; the Biden administration suggested in a letter to Congress that the sale could serve NATO security interests. In other words, Turkey must for good choose sides as it has tried for several years to find a balance between eagle and bear: renouncing partnerships with Russia. The return of Turkey to the F-35 program, which was unimaginable a few months ago, now seems possible for some of the elected Democrats and Republicans, when they had unanimously fought to exclude Turkey from the program.

It must be said that Turkey’s role in the war in Ukraine is considerable, in particular with the sending of Turkish equipment to Ukraine, including the armed drone Bayraktar TB2, but also with the ban on all warships from circulating in the passage of the Bosphorus and the Dardanelles Strait, as well as with its role as mediator between Ukraine and Russia. Turkey even played a role in the release of Trevor Reed on April 27, an American marine imprisoned in Russia. Turkey is therefore an ally that the United States can no longer put aside, especially since it traditionally covers the Russian southern flank and its fighters carry the American B-61 atomic bombs, usable on order of the United States. . However, the successor to the F-16 in this mission is the F-35… The rise in power of Russia as an adversary to be contained therefore restores a geographical and military position of choice for Turkey within NATO. .

« It’s not a relationship we can let go of, » said Adam Smith, chairman of the House Armed Services Committee. The United States even asked Turkey to provide the S-400 it had just acquired to Ukraine, a means of supporting the country in its fight but also of distancing Turkey from Russia. However, Gregoty Meeks, Chairman of the House Foreign Affairs Committee, nuanced in Defense News and said that « there are other things that we still have to work with Turkey, certain things that still irritate us sometimes « . The S-400 being part of the « irritating things », and it is not ready to stop since Turkey continues to prepare the reception of a second set.

Ankara’s support for kyiv and the importance of the Turkish ally in the face of Russia therefore contributes to the improvement of relations between the NATO allies, but the question of the S-400s continues to poison those here, just like Erdogan’s many other foreign policy issues… If the US is now convinced that it cannot abandon Turkey in the impasse it has entered, there are still many barriers before the acquisition of brand new F-16s is not permitted. In its tightrope walk between Russia and the United States, Turkey will have to end up having to choose. If a rapprochement with Russia seems more than improbable in the current context, the return to American control and the renunciation of technological independence will be difficult to make the people accept.