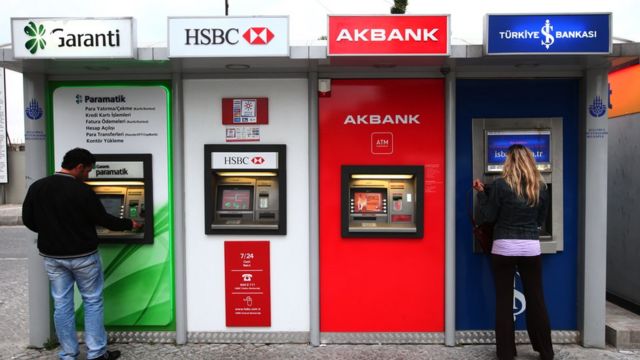 The Turkish currency rose about 10% on Monday evening after the announcement of the measures, more than erasing a 10% loss suffered earlier during the day.

The fluctuations had forced a brief suspension of quotations on the market in the afternoon, for the second time since Friday.

The Turkish lira had until then stopped sinking to historically low levels, to more than 17 pounds for a greenback, a fall of more than 45% since November 1. After the rebound, in the evening it still posted a drop of a third of its value against the dollar since the beginning of November.

Recep Tayyip Erdogan had until then on the contrary pushed the central bank to considerably reduce borrowing costs despite the annual inflation rate of more than 20%.

The Turkish strongman even appeared to redouble his efforts in this approach over the weekend, saying his Islamic faith was preventing him from supporting rate hikes.

« As a Muslim, I will continue to do what our religion tells us, » he said on television. Islamic teachings prohibit Muslims from receiving or charging interest on money lent or borrowed.

But on Monday, analysts said he gave in to market pressure and raised interest rates indirectly, as he announced a series of complex measures to come to the rescue of the national currency.

These measures include a new debt instrument that aims to offset the depreciation in the value of bank deposits caused by that of the lira.

Mr Erdogan did not explain how this instrument would work. But the former Turkish Treasury adviser, Mahfi Egilmez, called the measure an « indirect rise in interest rates ».

If the exchange rate fluctuates 40% and interest rates 14%, 26 percentage points will be paid in compensation, he tried to explain on Twitter.

The Central Bank of Turkey had made four successive cuts, to lower its key rate from 19% to 14%, in order to support the economy, despite inflationary risks.

Diplomats say Erdogan is counting on economic growth at all costs to help him extend his time in power in the election slated for mid-2023.

The Turkish president launched an « economic war of independence » last month, attacking Turkey’s dependence on foreign investment and fluctuations in the cost of imports such as oil and natural gas.

But his policies have met growing resistance from influential business leaders.

Faced with the head of state’s stubbornness in advocating lowering interest rates, the employers’ organization Tüsiad, which claims 85% of Turkey’s exporting companies, called on him over the weekend to rectify its monetary policy, via an unusually strong rebuke.

« The political choices implemented here do not only create new economic problems for businesses, but for all of our citizens, » said the large business lobby. « It is urgent that we assess the damage that has been done to the economy, and that we quickly return to the implementation of established economic principles, within the framework of a free market economy. »

« You are plotting to overthrow the government, » he reproached them. « You are dreaming. You will have to wait until June 2023, » he told them.