Every month, a Payroll Company in Turkey, known as an employer, faces a tremendous amount of tasks. Additionally, tax months, during which a large amount of working needs doing, also exist and make the situation even more complicated.

The recording and reporting of payments are generally sufficient if an employee is paid below a certain amount.

The company, in Turkey, may employ foreign nationals or local Turks. Nevertheless, there will always be rules for Payroll in Turkey.

Your Payroll options in Turkey

Payroll Turkey companies are responsible for the payment of taxes in the entire country.

If a foreign company wishes not to use the services of a PEO in Turkey. They have to register their business and hire their human resources staff on their own. If this approach is used, two new burdens will appear: the costs will be a lot higher, and the foreign companies must now have a solid knowledge of the employment/payroll laws.

Payroll Turkey companies can deal with all aspects of the work force (such as taxes…payslips…social security payments and much more).

Every month, PEO’s pay the taxes and wages relating to the employees and proceed by invoicing the client company in advance.

The equation of Payroll Company invoices is:

Afterwards, PEO‘s provide pay slips to both employees and the clients company. 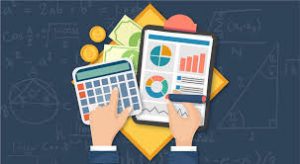 You can easily find a Payroll Turkey Company but if you don’t wish to look for one you’ll need to know that Turkish corporations have been thoroughly westernized. The “modern“ Corporate Tax was spawned with the 3rd of June 1949 law and started being in forced on January 1st 1950. The law was codified and gave birth, in 1950, to the first Corporate Tax Code: the KVK (Kurumlar Vergisi Kanunu), largely influenced by German fashions of taxation. In comparison, the Corporate Tax was first implemented in France, in 1948, and, in Germany, in 1920. The Turkish government’s deliberate inspiration from the provisions German Corporate Tax : Körperschaftssteuer, is already a  the first step towards the westernization and Europeanization of the Turkish tax system.

Regarding tax coding, both the “calculation codes” and “Status codes” are hihgligted. This tax coding “is global, but the structures of the codes tend to repeat and resemble each other near major regions” such as the U.S, Latin America, Africa or Eastern Europe. So far, Western Europe, isn’t a geographically homogeneous codifying area. Three large families of codes exist. Turkish tax codes, inspired by German law and therefore belonging to the Ibero-Germanic family, were initially a “status code”, the content thus being statutory, containing rights and obligations. Additionally, because of developments that started in the 80s and grew immensely, since the adoption of the new Corporate Tax Code in 2006, the Turkish codification, nowadays, resembles more a “calculation code”, the content of which allows tax calculation to be a lot more precise.

Such a statement also has to be made in consideration of the main codes which are: the Income Tax Code (GVK), the Code of Corporate Tax (KVK), the Value Added Tax Code (KDVK) and the Code of Turkish Tax Procedure (VUK). The current Turkish Corporate Tax Code establishes, in its first article, the list of people falling within the scope of the Corporate Tax and they are:

– As well as those, foreign companies of various kinds, exist ;

Turkey, unlike France, applies the same Tax rate on all Companies. In fact, France, in addition to having the 33.1 / 3% rate, also has a diminished rate of 15% 556, more applicable to small and medium-sized enterprises.

The existence of a tax system governed by one or more tax rates does not mean the system is more modern. The broad majority of European countries have only one corporate tax rate. Therefore, the single tax rate will not serve as a criterium of modernism in this research paper.